Western North Carolina has become a mecca for craft beer enthusiasts. The breweries near Asheville, NC, have truly made brewing into an art! Focusing on local, natural ingredients and the science behind beer, you’ll definitely want to add brewery hopping to your list of things to do during your stay at Orchard Inn. Make sure you get a copy of our complimentary Vacation Guide to start planning your getaway!

Get the Vacation Guide

11 of the Best Breweries Near Asheville, NC

One of Colorado’s best breweries decided to expand into the South! New Belgium‘s incredible North Carolina location is a great place to spend an afternoon. In addition to a wide variety of beer, they also offer some of the best brewery tours in Asheville, NC. The brewery is right next to a river, so you’ll have great views while you sip.

Wicked Weed Brewing is one of the most popular breweries in Western North Carolina. Their goal is to brew the perfect combination of flavors in each of their beers. They hope that their customers will think outside the box and try something new! They have multiple locations for you to try a draft or a flight. Local tip: Their main brewery is also a restaurant. You won’t go hungry while you’re sipping!

The folks at Burial Beer invite beer drinkers to partake in experimental beer drinking. They implement new recipes and tweak their old ones until they’re perfect. Make sure you go on the weekend– they nearly always have a special release! The Burial taproom has its brews on draft and in cans, so you have a huge variety to choose from. Come try them out!

Catawba Brewing has grown a lot since its owner started home brewing in 1994! This awesome brewery now has four locations across North Carolina, and one of them happens to be in Asheville. Here, you’ll find both year-round and limited release beers on draft. Get a flight and try them all!

Green Man Brewery has been brewing legendary ales in Asheville since 1997. One of North Carolina’s oldest breweries, Green Man has produced some of the beer scene’s most iconic ales. They try to stay loyal to traditional English styles, but they are known to include their own twist.

Hi-Wire Brewing’s passion for craft beer shines through in every brew they create, making it one of the best breweries near Asheville, NC. They have a light-hearted circus theme that embodies the fun and creative aspect of the craft. Their beers can be found around the area at bars and restaurants, and their tasting room is always a good time. Just keep an eye out for the building that’s painted in rainbow colors– once you see it, you’re in the right place!

Head to French Broad River Brewery to experience the tradition of traditional European breweries. We recommend heading to their brewery on the weekend– they usually have live music by local artists. You’ll get to choose from brews that are offered year-round and small-batch beers that don’t last long!

Highland Brewing Company has been in the brewing business since 1994! As one of the first breweries in Asheville, they opened the door to many successful breweries that are located in this city today. Their tasting room is open seven days a week, and they even have an event center for private parties.

The Bhramari Brewing Company is known for its great atmosphere and tasty brews. Originally named “Hive Mind,” this brewery has evolved with the times. They combine their beers with incredible cuisine and aim to give each guest a special experience.

Oyster House Brewing Company was founded in 2009 with a purpose: to produce high-quality, unique ales for beer and seafood lovers. Their batches are small, and you can tell that a lot of care went into their creation. Get some of their delicious seafood and wash it all down with your brew of choice.

Located in nearby Brevard, NC, Oskar Blues is a brewery based in Colorado that chose to grow some roots in North Carolina. With free brewery tours, food trucks, and tasty beers, you will love a visit to this fun and entertaining spot!

Book Your Getaway at Orchard Inn 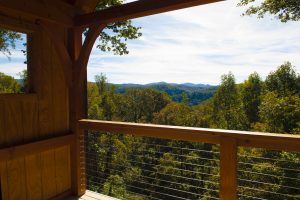 Orchard Inn is just 40 minutes outside of Asheville, and it’s the perfect mountain retreat. Enjoy the hustle and bustle of the city for the day as you try some of the best breweries near Asheville, NC, then come back and relax at our inn. With stunning mountain views and cozy accommodations, it will be your home away from home during your vacation! Browse our accommodations and start planning your getaway today.

Asheville Brews Cruise: A Tour for the Thirsty