AmiciMusic, the award-winning chamber music organization based in Asheville that is dedicated to intimate concerts in non-traditional venues, returns to the fabulous Orchard Inn in Saluda on Sunday, Feb. 23 at 4:00pm with a very special vocal program called “GO TELL IT ON THE MOUNTAIN,” celebrating African-American History Month with soprano Simone Vigliante and pianist Daniel Weiser. The concert will feature some fantastic Spirituals such as “Go Tell it On the Mountain,” “Wade in the Water,” and “Nobody Knows the Trouble I’ve Seen” as well as some fun Ragtime interludes. 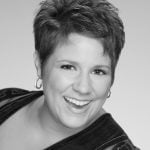 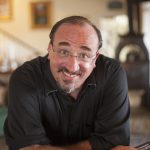 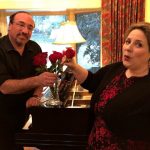 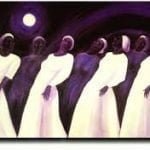 Ms. Vigilante is an Asheville favorite who has sung across the country, bringing her powerful voice to opera, musical theater, and Churches. She has been praised as a “beautiful dramatic soprano capable of some awesome fireworks.” Dr. Weiser, the Artistic Director of AmiciMusic, has performed in over twenty countries around the world and has lots of interesting stories to tell about these Spirituals as well as the birth of Ragtime at the beginning of the 20th century. He is a former U.S. Artistic Ambassador of Music who has been described as a “true impresario and educator” and a “force of pianistic energy.”

This concert is a fundraiser for the new Saluda Station Visitor’s Center, which will be opening in May of 2020. Cost of tickets is $55 per person and will include light hors d’oeuvres and a cash bar. Concert begins at 4:00 pm. Optional dinner at Newman’s Restaurant will be available following the concert for $74 per person.